Too many icebergs; too many Titanics by Harlan K. Ullman

In the early morning hours of April 15th nearly one hundred and one years ago, the super ship of her day, RMS Titanic, struck an iceberg. An enormous gash was torn in her starboard side below the water line. The “unsinkable” ship flooded and sank. Of the 2243 passengers and crew, about 1500 died making this one of the greatest maritime disasters in history.

When viewing world events today, catastrophe and crisis are seemingly everywhere. Syria; conflicts in Iraq, Afghanistan and Yemen; the resilience of the Islamic State (IS); Russian “active measures” in Europe and the United States to disrupt elections; China’s fortifying of islets in international waters; and the rise of populism and nativism provide a surfeit of potential Titanics and icebergs especially with a president-elect as unconventional as Donald Trump. Parallels with the assassination of Archduke Franz Ferdinand and his pregnant wife Sophie in Sarajevo on June 28th, 1914 that precipitated a world war, wrongly labeled “great,” may not be far-fetched.

Miscalculation between Russian and American and coalition aircraft operating over Syria and in European international air space or between Chinese and Americans recall the knockdown of a U. S. Navy P-3 aircraft in international waters forcing a landing on Hainan in April 2001 is not impossible. Nor is the promised retaliation by Barack Obama to Russian hacking by Cozy and Fancy Bear Russian sources of some of these attacks out of the question. And massive terrorist attacks far beyond what happened in Berlin last week could create huge crises. Imagine a September 11th type of attack with biological weapons killing hundreds of thousands.

This explosive mix of looming multi-crises could be ignited by miscalculation, mistake or misperception let alone willful act. President-elect Trump has already electrified the twitter world with his post-election conversations with the president of Taiwan and the prime minister of Pakistan. The first raises questions about the viability of the long-standing “one China” policy that sustains Taiwanese independence by acknowledging it is part of China. The latter can be taken as a snub of India. And both suggest a pivot away from China possibly towards Russia.
The appointment of Chinaphobe Peter Navarro to a key trade position in the White House, along with the refusal to name Russia as a real threat by the president-elect, supports this possible policy shift. As both Secretary of Defense-designate Jim Mattis and National Security Advisor Mike Flynn regard the Islamic State and related Islamist terror groups as the main danger, Russia can be a necessary ally to win this fight. Of course, the anti-Chinese thrusts may be negotiating gambits as Mr. Trump loves the “art of the deal.”

The president-elect has been better at deal making than at actually running a large business. Still, Mr. Trump is relying on business skills rather than governing experience for key cabinet officials and social media to telegraph his plans and reactions. Whether this change in the style of govern could become a potential Titanic ship of state sailing amongst many political and strategic icebergs is a crucial question.

As my last column argued, a grand bargain with Russia and Vladimir Putin may be high on the Trump agenda. Yet, Mr. Trump’s tweet for “expanding” greatly our nuclear capability as threat or bargaining ploy with Putin is reckless. And his asking Boeing if the costs of Super Hornet F-18 war planes could be cut to induce Lockheed to drive down the price of the more advanced and expensive fifth generation F-35 Lightning II fighter ignores the difference in capabilities. And because this is a multinational buy, if Lockheed cannot comply and fewer F-35’s are bought, unit prices will soar forcing allies to cancel, driving costs even higher.

In another vein, suppose the 45th president decides Washington is too provincial or boring and spends most long weekends at Trump Tower in New York? Not only the expense but the inconvenience of halting air and land traffic for a presidential arrival will further roil commuting and burden local citizens with permanent inconveniences caused by this preference to weekend in New York. That too could be a self-inflicted political iceberg.

Two other realities are potential icebergs. As Jack Kennedy famously said, “there is no school for presidents.” Newly elected presidents are never fully prepared for the demands of office. And every president since Truman has stumbled, often badly, in their first year or two in office.

Five short blasts on a ship’s whistle signal danger. Count on hearing hear many such blasts over the coming months! 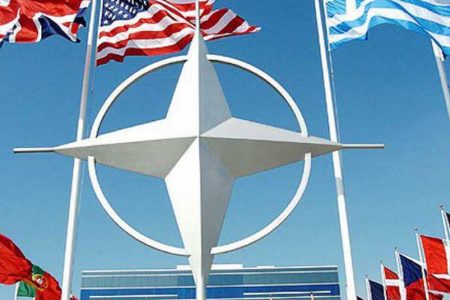