P/E not Putin is the immediate danger by Harlan K. Ullman

If you are worried about the future, READ THIS!

From Nigeria on the west coast of Africa to the Pacific Ocean, dire is a fair description of events. Boko Haram, the Islamic State and radical Islam have infected several continents. Iraqi forces are attempting to retake Mosul from IS insurgents. If or when they do, installing some measure of governance, stability and the rule of law will be as testing as driving IS from Iraq.
Syria and Libya are in flames. The war in Yemen persists. Afghanistan is far from settled. Kashmir remains a potential flash point for India and Pakistan. North Korea’s Kim Jung Un is aggressively increasing his nuclear weapons capacity. And China persists in fortifying tiny specks in the various seas named after it.

Meanwhile, Vladimir Putin appears to be riding a wave of (temporary) success. His popularity with his country mates is above 80%, admittedly down a bit. But, if accurate, American politicians would be tempted to rent their souls for that approval rating.

Putin’s incursion into Ukraine and his annexation of Crimea have led western powers to fear a new cold war may be underway. Putin’s support of Syrian President Bashar al Assad has saved that regime and certainly has shifted the balance of the war against the opposition. His aggressive actions towards NATO with Russian aircraft buzzing alliance war ships and reconnaissance aircraft and the deployment of nuclear capable Iskander missiles to Kaliningrad can only be regarded as provocative and dangerous.

Yet, while many regard Putin as a growing or even THE principal threat that may prove to be an exaggeration. First, Putin has no intention of invading the Baltics or Black Sea members of NATO as he did in Ukraine. It makes no sense to risk a war that could go nuclear. Second, Putin has other means to intimidate and achieve his aims of expanding Russian influence and prestige through propaganda, cyber and deployment and exercising of his military forces.

Interestingly, if the American public were polled as to whether it viewed Congress or Putin as the greater threat, one suspects the result would be a close run thing. What then should worry Americans? I argue that our financial structure is fragile.

This can be categorized as the P/E or price to earnings ratio that has become hugely inflated. Price refers to the price of the stock. Earnings refer to the profit companies make. Historically, the major stock exchanges operated on P/E’s ranging between 12 to16 to 1 meaning that shares sold at that multiple of earnings. Today, the Dow Jones Industrial Average currently fluctuating north of 18,000 has P/E of about 20 to 1. The NASDAQ exchange now about 2500 consisting of higher technology stocks, has a current P/E of about 25 to 1.

With interest rates set at record low levels and some negatively, meaning that banks that keep excess cash on hand must pay a fee, stock markets offer the best returns. Interests rates cannot remain at these levels forever. And the World Bank calculates the total global debt has soared to between $150-200 trillion.

It is difficult if not impossible to calculate global total net worth or value. Assuming the United States total net worth is around $100 trillion and that is about 1/3 of the rest of the world, $300 trillion total value against $200 trillion of debt seems sustainable. The reality is however that this debt is uneven. So what happens when interest rates go up? How that debt will be serviced is critical.

When this happen, the chances that P/E’s will revert to historical averages is high meaning that the value of equities markets could decline by 15, 20 or 25%. For most investors, that would be extremely damaging. Of course, markets recover. After the 1987 and 2008 meltdowns, markets rebounded. That was not entirely true during the Great depression.

The conclusion is that while Putin is seen as a threat, beware P/E. A market meltdown is not inevitable. But it will be exceedingly painful. 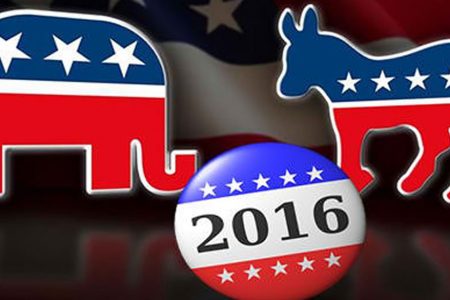