Middle East Peace Process has always been a core issue in the politics of the region, dominating as well the top of the agenda for world powers that sought to find a resolution to this issue. However, since the Oslo process little progress has been achieved, all attempts (even though seeming to have tangible objectives at first) being in vain. In an effort to bring back to the table the two state solution, US Secretary of State Kerry’s shuttle diplomacy (2013-2014) has been met with skepticism and in the end yielded no results as the two sides continued to accuse each other and never actually got to the negotiation table. Even worse, the 2014 Gaza conflict pushed further away the already slim prospects of embarking on the path of reaching a long lasting agreement. Since then, it can be argued that MEPP entered into a shadow as the international attention has shifted more to other threats that dominated the region such as reaching an agreement with nuclear Iran, civil war in Syria and fighting Daesh.

However, in 2016, in an effort to bring back the issue to the forefront of the international agenda, France came with an initiative that aims at getting back on track with negotiations to reach a two state solution. In this sense, the June Paris meeting brought together members of the Quartet (EU, UN, Russia and the US), Arab League and others (without representatives from Israel and Palestine) that reiterated support for a negotiated two state solution and decided to come up with incentives to steer the two sides towards negotiations. Further, the final communique made reference to the Arab Peace Initiative (a Saudi 2002 proposal that called Israel to withdraw from the 1967 occupied territories and in exchange obtain peace treaties with Arab countries in the region) and emphasized on the key role of the Quartet as well as of regional actors. Further, the outcome of the conference noted a possible international conference on MEPP by the end of the year.

The following weeks were marked by a couple of events that could help the process of reengaging in negotiations such as the June Foreign Affairs Council and the release of the Quartet Report at the beginning of July. EU reaffirmed its long lasting engagement and support in reaching a solution in the peace process and welcomed the French initiative. Furthermore, as a concrete incentive, the Council made reference to the European Proposal set out in December 2013 Council’s conclusions that basically layed out that reaching a final agreement will grant Israel and the future state of Palestine a special partnership with the EU. The Quartet report urges the two sides to move to attain the objective of peace. In short, it highlights 3 aspects that hinder the prospects of peace: i) the continuous violence, attacks and incitement to violence, ii) Israel’s policy of settlement expansion and demolitions and iii) the worrying situation in Gaza and outlines several key recommendations that restress what has been called for before. The report has been met with disappointment by both Israelis (not recognizing that settlement policy impedes the chances for constructing a viable path for peace) and Palestinians (discontent with putting at the same level the two actors).

The main question is whether Israelis and Palestinians will come to the negotiation table and actually engage in constructive talks that could help solve the issues that block the path to a two state solution. Will international actors increase their pressure and can this pressure translate into tangible results? Will the French Initiative and the Quartet Report serve as basis for a deepened engagement? The answer to the first question is most probably no. As for the second and the third, this might be the very case. EU engagement and renewed efforts together with the envisaged international conference seem a good opportunity to advance and might be the chance that there will actually be tangible progress. However, this was been said too many times in the past about too many initiatives and the prospects of actual steps in reaching an agreement will probably continue to look slim at best given the positions of Israelis and Palestinians (including the internal split in both the Israeli leadership as well as the Palestinian one). Nevertheless, efforts should continue and hope that this issue will find its resolution must be kept. Until then, as other people said it before, the whole overreaching issue of the Middle East Process remains far from achieving peace. 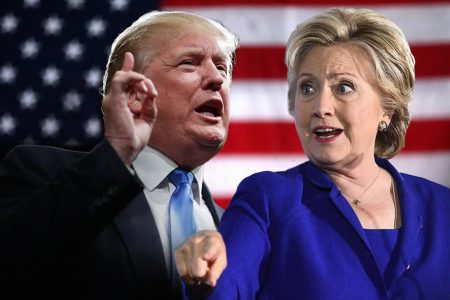