Putin, Trump and a plan B just in case by Harlan K. Ullman

President-elect Donald Trump has surely signaled intent in altering American policy towards Russia and Vladimir Putin, perhaps dramatically. Whether the next president is imitating Richard Nixon’s strategic gambit towards China in the early 1970’s to counter the Soviet Union or setting the table for a transactional negotiation is, at best, guesswork. However, the nomination of Exxon-Mobil’s Rex Tillerson as secretary of state, Trump tweets and declarations implying a lifting of sanctions against Russia along with a rapprochement with Mr. Putin and denying Russian hacking to influence American elections suggest a potentially radical shift.

The Russian media, encouraged or directed by the former KGB agent, labeled Mr. Trump’s election “a Christmas gift for Russia.” Interestingly, after the president-elect spoke with Taiwan’s president, China accused him of behaving like “a child.”

Assuming Mr. Trump decides on a major initiative with Russia emulating Nixon and China, what might such a “grand bargain” entail? Any negotiation must be comprehensive including Ukraine and the annexation of Crimea; Syria; Iraq; the Islamic State (IS); Iran and the Joint Comprehensive Plain of Action; alleged hacking to influence American elections; intimidation tactics and information warfare against the West and NATO; no notice military exercises; and the stationing of both area and access denial weapons on the Russian periphery and nuclear capable systems in Kaliningrad and in submarines at sea; and of course the most salient matter for Russia lifting of sanctions. Other items might be included.

In Syria, Trump could relax the position that President Bashar al Assad must go to one of forming a broader based government in Damascus. In turn, IS would be the major focus for joint action. Russia might be allowed to join the 62-state anti-IS coalition even as an observer as a confidence builder.

Regarding Ukraine, Minsk II must be honored and an enforceable ceasefire imposed. Perhaps the Donbass region in the east could be given more autonomy as a quid quo pro. And Ukrainian membership in NATO would be deferred for some period.

Both NATO and Russia could agree to limit the size, scope, number and proximity of military exercises to respective borders to lower tensions and reassure both sides that neither intended an attack on the other. Military to military exchanges and direct talks and meetings would be resumed. Ultimately, Russian officers could have greater access to NATO and NATO officers to higher Russian military headquarters in Moscow to build greater trust and confidence.

From Mr. Trump’s perspective of “the art of the deal,” the incentives for Russia are minimizing the threat from the West—no matter how much the West rightly challenges that interpretation and the lifting of sanctions. For the West, the incentives are to neuter Russia’s aggressive actions and integrate Moscow more closely with the developed world. Under these arrangements, the benefits for both sides would become obvious even to a cynic if this bargain were made to work.

But suppose Messers Trump and Putin could not agree to a grand bargain or even some basic steps along the way leaving the proverbial jilted groom at the altar. Given Trump’s thin skin and irritability, rather than tweet his disapproval of actor Alex Baldwin’s satirical impression on Saturday Night Live, the then-president might take punitive actions. Increasing sanctions, deploying military forces to provoke or intimidate the Russians, providing offensive weaponry to Kyiv and even launching cyber attacks are among the retaliatory tools available to a President Trump.

Putin would react. Escalation in rhetoric and deed could follow. Instead of lowering tensions, the opposite could result. And it is not clear how friends and allies will respond especially if Trump concludes that NATO is indeed obsolete or less important. North Korea’s enfant terrible Kim Jung Un could exploit this rift with some form of threat. China’s leaders would be viewing this new stand-off as an opportunity to exploit or a danger to avoid.

Public reactions in America would be as divided and bitter as they were over the election. Hawks would call for putting greater pressure on Russia. Anti-Trumpists would accuse the White House of falling into a similar intelligence trap that ensnared President George W. Bush in attacking Iraq over non-existent weapons of mass destruction by trusting Putin in the first place.
One lesson is clear. If there is to be a grand bargain, creating a Plan B first is vital. This was perhaps Bush’s most glaring error in Iraq not planning for “what if?”

What will Russia’s Vladimir Putin do next? 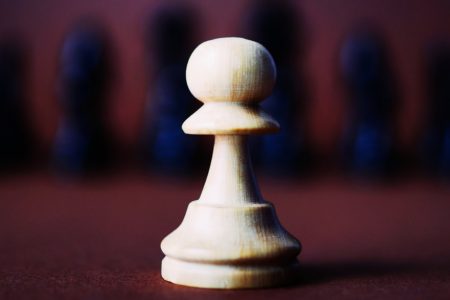