Repairing U.S. – Russia rift vital for global security; can it be done? by Harlan K. Ullman

One of the most crucial issues for international security is the future of the rift between the West and Russia. Is this rift reparable? If the answer is yes, how might this be achieved?

Or is this confrontation a 21st century version of the past Cold War in which the inimical interests of the parties, as opposed to the competing ideologies of democracy and communism, make it impossible for any lasting arrangement to take hold for some time to come? If this is the case, what then might be a modus vivendi to prevent further deterioration of and miscalculation in the relationship as a temporary palliative? If no such framework exists or can be made to work, what then is Plan B?

An objective assessment of how this standoff and conflict came to be requires both East and West and the United Statse and Russia to accept some of the blame. From Washington’s perspective, the expansion of NATO posed no danger to Russia. Interventions into Afghanistan, Iraq and Libya were very much justified at the time. Moscow’s warnings on NATO expansion and the interventions were not heeded.

Nor did the American side see George W. Bush’s promise of NATO membership for Georgia and Ukraine at the 2008 NATO Bucharest Summit as particularly threatening to Russia. President Vladimir Putin strongly disagreed and bluntly told Bush that if this offer stood, consequences would follow. Several months later, Putin baited a trap into which Georgia readily fell. The war was short and one-sided. The result was contested borders making Georgia ineligible for NATO membership.

The cause celebre that solidified this rift was Moscow’s intervention into Ukraine and the illegal annexation of Crimea in 2014. From the West’s perception, Moscow had violated the “rules-based order” of the post-Cold War and the sanctity of international borders. That Moscow continued to deny the presence of Russian troops in eastern Ukraine despite irrefutable evidence to the contrary convinced President Barack Obama that Putin’s word could no longer be trusted. And Moscow’s military intervention in Syria to save the regime of Bashar al-Assad led to charges of war crimes over the brutal bombings of civilian targets, including hospitals and humanitarian relief columns.

Russian hacking of the Democratic Party’s emails and “active measures” to interfere with the American 2016 elections were further strains on a tense relationship. Moscow issued denials of any interference, refuted by America’s intelligence agencies who maintained possessing incontrovertible evidence of Russian hacking. That Obama could tell Putin “to knock it off” at the G-20 meeting last fall did not enhance the relationship.

Allegations of President Donald Trump’s deeper involvement with Russia are roiling American politics. However, members of his election team, including son-in-law Jared Kushner and his two sons, indeed had contacts with Russian sources, raising troubling questions. The resignation of former national security adviser Michael Flynn for concealing conversations with Russia’s ambassador to the United States, Sergey Kislyak, added to this controversy. And Attorney General Jeff Session’s failure under oath to disclose meetings with Russian officials and in written answers to the Senate Foreign Relations Committee have been high-octane fuel for this smoldering tale now called “Towergate” over the president’s unproven assertion that Obama ordered wire-tapping of Trump.

From Moscow’s perspective, the United States could no longer be trusted to behave responsibly in international politics, promiscuously applying military force that exacerbated volatile conditions. Assaults into Afghanistan, however justified, and then Iraq over nonexistent weapons of mass destruction have plunged the regions into chaos and created the Islamic State. Libya was the last straw to Moscow as the killing of Moammar Gadhafi in 2011 has exploded into civil war. And the continued expansion of NATO to surround Russia was perceived as a direct threat to “containing” Russian ambitions.

Concurrently, while Moscow denies “active measures” to disrupt Western countries and interfere in domestic politics, Russia has taken a page from the American playbook. From the end of World War II through the 1970s, the CIA actively interfered in supporting friendly regimes irrespective of adherence to democratic principles while attempting to topple unfriendly governments. These activities ranged from Greece and Italy in the late 1940s to Africa, South America and Iran in 1953, with the overthrow of Mohammed Mossadegh and of course Vietnam.

That Trump’s administration appears ambivalent toward Russia is not a good sign. The president has gone out of his way to seem supportive of Putin. Yet, Nikki Haley, his ambassador to the U.N., has reacted strongly against Russian aggression in Syria and Ukraine. And the Pentagon still considers Russia the No. 1 danger as a potentially existential threat to America, given its strategic nuclear arsenal.

Hence, as Lenin famously asked, “What is to be done?”

First, it is vital to identify any shared or common interests. Obviously, avoiding war or unwanted crises is the top priority. Acting against international terror, particularly the Islamic State, is second. Third is adhering to current arms agreements or putting further limits on nuclear weapons numbers and possible proliferation. A distant fourth is reaching agreement on Syria and Ukraine that could lead to the lifting of sanctions against Russia.

For any of these common interests to lead to reducing tensions, what is needed is dialogue. The standard heads of government summit is too short for a complete range of discussions. After Pearl Harbor, British Prime Minister Winston Churchill spent two weeks in the United States with President Franklin Roosevelt that produced the strategy for winning World War II.

No one is suggesting two weeks are needed for a Putin-Trump meeting. However, a carefully scripted and well-prepared agenda is essential. Part of this can be accomplished in prior military-to-military and diplomatic talks, currently forbidden by the National Defense Authorization Act in retaliation for Russian interventions in Ukraine and Syria. Despite Congress’ understandable reaction, cutting off military contacts is not a smart way for determining how relations might be improved and crises avoided.

Trump may have a grand bargain in mind for negotiations with Russia. Theoretically, provided the land mines and traps can be avoided, that approach could be helpful. If it fails, however, a Plan B is needed.

To work, a Plan B must be based on the realization that responding to 21st century challenges in the form of active measures and asymmetric, non-military tools cannot be effective using 20th century means. While deploying four battalions of troops to the Baltics and rotating a U.S. Brigade Combat Team to Poland is reassuring to NATO allies, these augmented military forces have virtually no role in denying Russian active measures. NATO needs a new strategy.

But, as chaos and confusion reign in Washington, and Moscow obviously is playing a wait-and-see game, valuable time is being wasted. Perhaps cooler heads in the NSC, the state and defense departments will prevail and are thinking these issues through. For the benefit of all, let us hope that is being done. 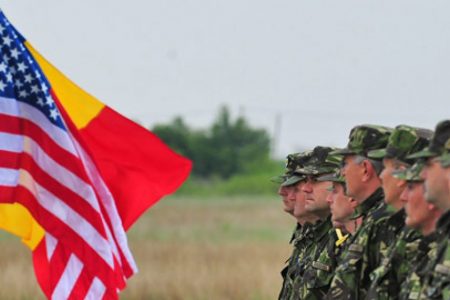