The well anticipated EU-UK divorce is far from it having set its agenda; as several frameworks are being put upfront, scholars and professionals try to figure out the general model in which the relationship between the two parties will be embedded (e.g. UK joining the EFTA association, a negotiated bilateral agreement alike the ones with Switzerland or even Canada, a Turkish model customs union or the last resort of WTO rules).

Whichever model will constitute the basis for the new status quo between the two, there are specific negotiation points that the UK will carefully handle. At a first sight, the UK is willing to secure unhindered export channels for goods such as mineral fuels, chemicals, machinery & transport equipment, all of them sectors where a substantive part of the production is being sold within the EU. From a services viewpoint, banks, asset managers and insurance companies (including here Swiss and American subsidiaries established in the UK) are aiming to protect their passporting privileges while diluting the EU’s financial regulatory standards (Atradius, 2016).

These desiderates will hardly be achieved if no consistent tradeoff takes place. So far, the acquis communautaire has preserved a level playing field in terms of trade between Union members, state of facts that is expected to vanish once the UK will leave the EU and its legal order. With this regard, it is anticipated that the free movement of persons is one of the main issues to be at stake, as the British government is willing to scrutinize the flow of other nationals and also, raise the threshold for any social allowance i.e. one of the main exit scopes; the departure from the genuine enjoyment of Union rights is soon to be effective as a more pragmatic immigration policy will take the lead. Also, Brexit can have other plausible effects such as the stoppage of the EU membership fee payment, the recalibration of regulatory measures in different sectors, protectionist forms of administration, all of which will make the UK goods and services harder to be accepted on the internal market without a solid pay back.

Firstly, even though leaving the club, the British government will still be part in a neo-liberal order where strings are attached by the network effects that the free trade mechanisms have, so far, consolidated. The new commercial conditions would put a lot of pressure on the relationship with its biggest EU trade partners: Germany, Netherlands, France, Ireland (ONS, 2016), reason for which extreme measures are not to be expected. However, in the same time, it is hard to anticipate equal treatment for the British citizens, capitals, goods and service, as this would open a Pandora box for other Member States to take the same path.

Second, several Member States face a latent tendency in terms of considering the supranational Union as illegitimate and unable to handle the new challenges of the XXl century, especially the terrorist threat (e.g. Austria, Hungary); for this reason, it will be harder and harder to gain political capital and public support by emphasizing on elitist forms, such as the internal market mechanisms and its economic effects, situation that might represent the perfect context to benefit the UK in its negotiation strategy.

Third, a broader negotiation agenda has already been configured at the beginning of 2016 when Poland proposed to agree with the British intention of limiting the social rights of Union workers if the UK was to help it bolster the NATO capacity on its soil (Bandow, 2016). At a principle level, this amounts to the creation of an interchangeable system formed of traditional EU trade mechanisms (i.e. specific for the EU) and international security elements (i.e. proper to NATO). This new bargaining status quo is prone towards spillover effects in terms of challenge typology (i.e. migration, terrorism, third-party country aggression) and states willing to accept it; exemplifying on one area, namely third-party country aggression, the Visegrád Group and other Eastern Member States alike Romania  – sovereignities capitalizing about one quarter of the votes in the Council of Ministers – are pleading that more and more Western military capabilities be stationed in the central and eastern part of the Union – tendency which could help London leverage international security desiderates over internal market access.

Considering that these Member States are directly interested in the UK policies towards migrant workers, bilateral contacts and lobbying endeavors are to be expected; the background favors the British side as the precedent created by the February settlement between the London and Brussels officials allowed the first to impose safeguarding mechanism that limited the social benefits and free movement of union citizens within the UK.

But this is just one example, as similar tradeoffs implying free movement benefits and military/intelligence substitutes can take place in all possible algorithms; going further with the logic, a firm commitment on behalf of the UK that it will take a leading role in matters intrinsically linked with the EU decision-making (i.e. migration crisis, terrorism or even the EU army project) can lead to the same bargaining structure. To this extent, a similar paradigm defines the current EU-Turkey relations, where the second will walk away from the refugee deal if Brussels postpones the visa-free benefits for Turkish nationals (Dearden, 2016).

Having regard of all these facts, London seems to be in a good position at the negotiation table. As the new agenda framework allows for exchanges between socio-economical and security elements, it is to be expected that the British government will try and exploit its military influence in NATO, other partnerships (e.g. anti-ISIS coalition) or even bilateral cooperation for the purpose of preserving as many rights as possible, from the ones it enjoys as a member of the EU.

The incipient negotiations agenda set-up tends to mirror this type of logic; as the European Commission has appointed a former Commissioner for Internal Market and Services as head of the Brexit negotiations (i.e. Michel Barnier), the newly appointed British representative in the European Commission has been attributed the anti-terrorism portfolio. At this point, it is clear that, the UK perceives itself and is perceived as having a leading role in such affairs and it will try to value it in the most efficient way.

Concluding, the solid and interdependent commercial ties established between the UK and the most important EU countries, the low popularity of elites and elitist mechanisms – such as the internal market – within the Member States and the rising security threats, are all elements to give London the possibility to innovate in the negotiation process and hope for a positive outcome. 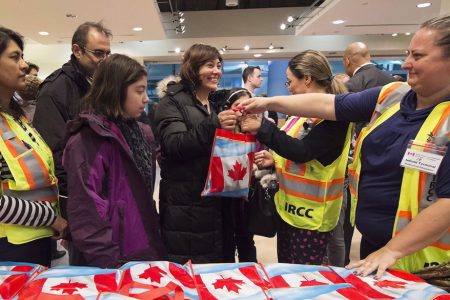 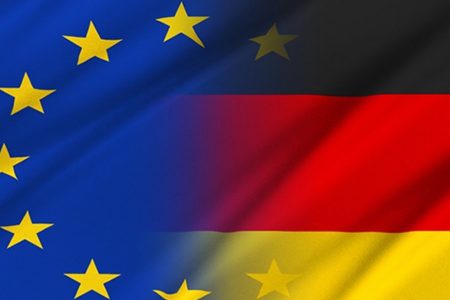