The Ski News scandal, regarding gun trafficking from Romania, managed to question both the quality of independent journalism and the image of a country. Was it just a case of bad journalism?

Investigations about gun trafficking for war zones and not only are very trendy, because they expose illicit practices which contribute to destabilizing certain zones of conflict. Moreover, to discover a network covering illicit traffic is a heroic action on the part of investigative journalists. Thus, those uncovering dirty aspects of the society and condemning such actions are admired and well-known. Having a high ranking in mass-media could be a powerful incentive to keep someone in this line of business.

The Sky News documentary tried to paint a picture that is real for some parts of the world and especially for poor, destabilized countries, but which is not so accurate for… Romania. When searching for an “exotic” location to manufacture a story that is credible because everybody knows it’s happening in this world, the Sky News reporters proceeded like in choosing their “victims”. The most likely explanation is the fact that our country is not among the role-models countries in Europe or in the world and that its exposure would be less affecting and debated, because everybody knows that these tiny, hidden few-know-where-it-is-located-on-the-map countries are also the source of many dangers and evils in our globalized world. Due to their isolation and weak development they are suspected to become hubs for dangerous practices such as gun trafficking.

But the Sky News shot didn’t go unnoticed. People in Romania took a stand and spoke out about the abuses of journalism and the lack of information and deliberate efforts of a journalist wanting to explain a phenomenon in the wrong country. The sad part of the story is the fact that the scandal reignites the British vision on Romanians. After the “Romanians are coming” episode the Sky News film triggers deliberately a judicious action to affect this image again.

This attitude of denigrating a country without respect of journalism’s code of conduct does nothing but affect and raise awareness to this kind of journalism that is not based on facts, but on speculations to the expense of countries that have not the best image whatsoever.

However, what is remarkable is that not only the Romanian authorities mobilized to fight the injustice done to our country, but also the civil society. The example of the leader of PACT (Platform of Civic Action of Youth) transmitted a harsh video message, condemning Sky News and the lack of professionalism in doing their job. Such independent actions speak louder than the deteriorated image this documentary tried to project on Romania. Other consecrated examples of Romanian responses to this kind of bad presentation of the country, were those linked to the “malicious” tweet of Bernie Sanders regarding the Internet speed in Romania and the one linked to the remain campaign for Brexit. In the first situation, Romanians wanted to show they got humor and invited Bernie to check his emails in Romania and even created a site which allows users to check their speed against Romania’s average internet speed of 50 megabits per second. More recently, Romanians also showed their support to the remain campaign in the Brexit issue, by initiating the “Romanians for Remaininans” campaign. This opportunity was created by the Romanians to help their British friends, by adopting them, to escape the disadvantages of the UK separation from the EU. These initiatives showed to the world a sense of humor and a desire to counter respond, in a funny and original way, to the negative image of the country that is the most often viewed in the press.

In conclusion, the episode of Sky News scandal is not an isolated one. Taking bad information, misconceptions, and stereotypes as facts it’s a (unfortunately) common practice especially when talking about poorer countries, with not so solid brands. Today, it is easy for a false story to slander, but hard to clarify the issue.

Bad journalism can’t get away with this: institutions that are supposed to clear this kind of situations have to investigate and do their job to not allow precedents to become the norm. 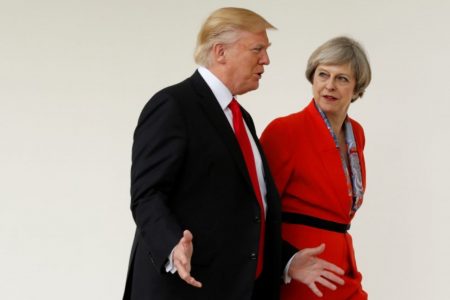