“Beware the Ides of March.” So Julius Caesar was cautioned. Caesar ignored the warning and was assassinated.

Over this past Ides of March, President Donald Trump performed a double “hat trick.” The phrase was invented in 1858 at an English cricket match. The bowler, H.H. Stevenson, took three wickets with three successive bowls. To mark this achievement, the attending crowd chipped in to buy a hat for Stevenson. Today, the term means collecting three major scores or goals in sports.

Unlike Caesar’s demise, Trump’s double hat trick will not prove fatal. But it could be politically wounding. And it was entirely self-inflicted.

At home, Trump’s second attempt at deferring immigration from six Muslim states again was halted by the federal courts. His support of the healthcare bill proposed by Speaker of the House of Representatives Paul Ryan must reconcile possibly irreconcilable tensions in his own party over the controversial legislation that, ironically, does greatest harm to the many Americans who voted for the president. And the administration’s trillion-dollar “skinny” budget was dead before arriving in Congress.

The last two of these domestic hat tricks could very well become politically septic with huge consequences for the 2018 by-elections. Republicans are wedded to “repeal and replace” the Affordable Health Care Act and so far are unable to agree on what if anything will be the replacement. The cuts in the proposed federal budget will not stand in Congress that is solely responsible for approving funding.
The other hat trick will prove even more challenging for American security. In three fell swoops, the president managed to alienate and infuriate Britain, Germany and the G-20 — a remarkable achievement. Underlying this is a more serious problem.

Without any evidence and despite the unanimous conclusion of America’s intelligence agencies and key members of Congress that President Barack Obama did not order the tapping of phones in Trump Tower, Trump persisted in this falsehood. Raising the stakes based on an assertion by a Fox commentator, Trump told a disbelieving public that Britain’s GCHQ (electronic spy agency) had been asked or ordered by Obama to tap Trump’s phones.

Fox repudiated the report. GCHQ issued the extraordinary public statement that Trump’s assertions were “ridiculous” and privately called them “rubbish.” The inference was that Trump’s tweet was ridiculous. And Her Majesty’s government was furious knowing not only that such an activity was impossible. It was highly illegal as well. But in Trump world facts do not count and apologies are for the weak.

Then, the president seemed to refuse to shake German Chancellor Angela Merkel’s hand in a summit that was described as frosty. Compounding the slight, the president made an offhand comparison between NSA’s tapping of Merkel’s phones to the untruthful charge of Obama’s tapping Trump Tower.

Completing this hat trick, the Trump administration did not win friends at the G-20 meetings in Germany. The new secretary of the treasury, Stephen Mnuchin, refused to support a resolution on free trade as all prior meetings had universally approved. The message was obvious. “America First” was serious and the specter of American protectionism loomed.

About the domestic hat trick, the broken political process will be hard pressed to provide good solutions. Higher courts could likely reverse the stay on the immigration ban. Much more important are the healthcare and budget debacles. One bet is that what follows will be a bad healthcare bill if it is indeed passed and a continuing budget resolution that allows the government to stay open and do little more to follow the president’s priorities. This will be the crucial first test for a Republican president and Congress to show how well or badly both can govern.

Internationally, the consequences are likely to be more severe. The fundamental question for friends, partners and competitors is can the American president’s word and judgment be trusted. A lesser but serious effect is that the United States will be seen as generally uncooperative and probably incompetent to understand and respect the established rules of diplomacy. While Trump can claim support of NATO, his continued charges of alliance members freeloading off America cannot go down well in allied capitals. Alliance coherence will be weakened. And exchange of intelligence among partners will not be as free flowing as it once was and needs to be.

The consequences of these hat tricks however affect America the most. The most important is presidential credibility and reliability. Politicians invariably shade the truth and often are not fully candid, in plain terms meaning that they lie. When a president cannot be trusted to know or to tell the truth and when his assertions and tweets are outright lies and falsehoods, the fiber of the nation is damaged.

Putin, Trump and a plan B just in case 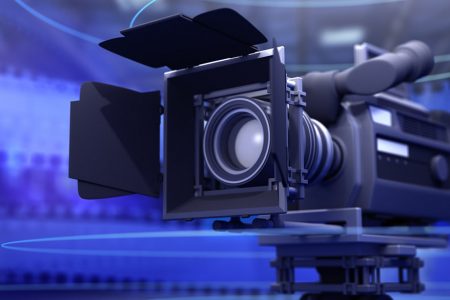